Uncertainty over an independent Scotland’s currency could lead to “capital flight” from the country, the chairman of HSBC has claimed.

Writing in the Telegraph, Douglas Flint said supporters of independence were “advocating a giant step into economic uncertainty”.

Mr Flint donated £25,000 to the Better Together campaign last year.

Yes Scotland argued that a currency union was in the interests of Scotland and the UK, and would be agreed.

Currency has been a major issue in the independence debate ahead of the 18 September referendum.

The Scottish government has proposed continuing to use sterling in a formal currency union with the rest of the UK if voters back independence.

But the UK government and the main Westminster parties have said they would rule out such a deal.

Alternatives could include “sterlingisation” – using sterling without the Bank of England as lender of last resort – joining the euro or setting up a separate Scottish currency.

Pro-Union campaigners have pressed First Minister Alex Salmond to set out a “Plan B” but he has refused to do so, insisting that the UK government would negotiate a currency union if there is a “Yes” vote.

Mr Flint, who is group chairman of HSBC Holdings and describes himself as an “exiled Scot”, wrote: “It is hard to imagine Scotland without the anchor of financial stability that it derives from sterling currency union.

“That is why the pro-independence campaign would like to recreate a currency union in the event that Scotland separates from the rest of the UK.

“If there was a better alternative that improved the future prospects of Scotland it would surely have been promoted vigorously.”

He added: “The alternatives to a currency union include a completely independent currency, passive acceptance of a monetary policy designed in London for the rest of the UK, or, assuming Scotland rejoins the European Union, eventual membership of the euro.

“In all these circumstances, the transition from the existing currency union would be complex and fraught with danger.

“At the extreme, uncertainty over Scotland’s currency arrangements could prompt capital flight from the country, leaving its financial system in a parlous state.”

HSBC is the second largest bank in the world but has a relatively small presence in Scotland, with 10 branches. 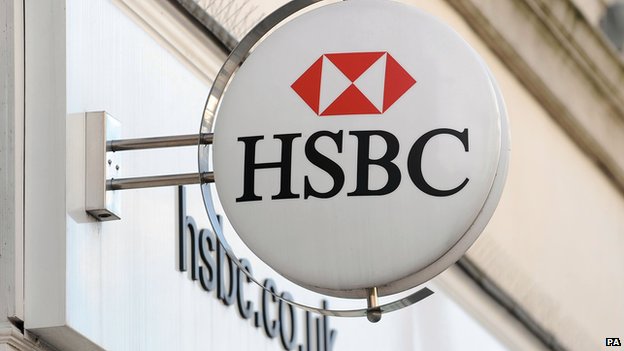 A spokesman for the pro-independence Yes Scotland campaign said: ‘People in Scotland can be assured that we will be using the pound after a ‘Yes’ vote and there will be a currency union.”

He added: “The rest of the UK exports nearly £60bn year to Scotland – we are the rUK’s second biggest export market.

“A separate currency would entail transaction costs of around £500m a year to rUK businesses.

“It is therefore clearly in the interests of the rest of the UK to share a currency with an independent Scotland.

“Scotland’s huge contribution to a sterling area’s balance of payments is another reason why it will be in the interests of the rUK.”

Commenting for Better Together, Labour MP Ian Murray said: “This is another hugely experienced expert who has underlined the currency chaos which has plagued Alex Salmond’s campaign.

“When a voice such as Douglas Flint’s warns of the risks of money leaving a separate Scotland to somewhere safer, you pay attention.

“With just days to go until up to a million Scots start voting by post, Alex Salmond is running out of time to name Plan B.”